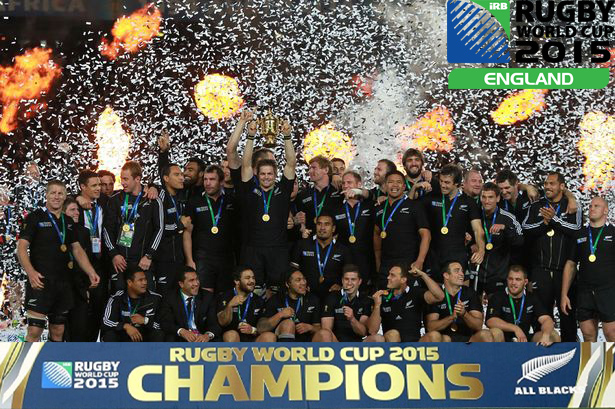 New Zealand reached the final by winning their group by beating Argentina, Namibia, Georgia, and Tonga before beating France in the quarter-finals and South Africa in the semi-finals. It is the reigning world champion team.

Australia reached the final by winning their group by beating Fiji, Uruguay, England, and Wales before beating Scotland in the quarter-finals and Argentina in the semi-finals. He returned to the final of the Rugby World Cup after losing in 2003.

New Zealand started the game with great intensity but Australia managed to defend well until the eighth minute when a foul gave Dan Carter the chance to bring the All Blacks to 3-0 with a free-kick. Australia tried to react and, when Owen Franks did not tie up in a scrum, in the fourteenth minute Bernard Fowley could give his team the draw at 3-3 with a free-kick. New Zealand dominates as a possession but attacks in a chaotic way and cannot overcome the very good Australian defense. In the twenty-seventh minute, Carter brought the All Blacks back into a 6-3 lead with another free-kick after suffering a high tackle. In the thirty-sixth minute, Carter scored another free-kick following an Australian offside to bring the score to 9-3.

Three minutes later Nehe Milner-Skudder managed to end a good action by New Zealand with a goal that, after Carter’s transformation, ended the first half on 16-3 for the All Blacks.

At the beginning of the second half, New Zealand resumed attacking and Ma’a Nonu with a great running action scored a goal already in the forty-second minute. Dan Carter misses the transformation and the score is 21-3 for the All Blacks. Australia finally managed to attack and at the fifty-second, Ben Smith took a yellow card for a foul tackle. The Wallabies took advantage of this and immediately scored a goal with David Pocock who, after bernard Fowley’s transformation, reduced the disadvantage to 21-10.

New Zealand tried to react but at the sixty-third, Tevita Kuridrani scored a goal for Australia which, after Fowley’s transformation, brought the Wallabies closer to 21-17. Again in 15, New Zealand resumed attacking, and at the seventieth Carter scored a drop to bring the All Blacks to 24-17. At the seventy-fifth, Carter scored again, this time on a free kick from over 50 meters after an Australian collapsed a scrum.

Beauden Barrett scores in an incredible way, almost a coast-to-coast kicking the ball on an Australian attack and bringing it back to the goal. After Carter’s transformation, the score rises to 34-17, which is the final one that marks the victory of New Zealand, which confirms its title as world champion.

Australia had played very well in almost all the matches of this World Cup risking only against Scotland. Today, however, he played insufficiently, with a first half in which he had only a generally good defense but very little attack. In the second half, he took advantage of the yellow card to Ben Smith but in the end, it was too little. The positive note is that after a few years of disappointing results the Wallabies have returned to very high levels.

New Zealand started the World Cup with not very convincing matches but the team showed that they were just waiting for the really important matches. In the final he risked only in the 10 minutes played in 14, otherwise, the All Blacks dominated. Richie McCaw (photo ©Shudde) enters the legend even more by becoming the captain who led New Zealand to two consecutive world titles. For some veterans, this was the last game with the All Blacks so it is more than ever a special moment and the party will certainly be great. Rugby World Cup 2015 About More Information