The sun sets over the Middle Kingdom, and the orange balloon celebrates its new masters. Spain won, Sunday, September 15, the Basketball World Cup, after its victory over Argentina, in Beijing (95-75). Undefeated in the competition, the teammates of point guard Ricky Rubio, 20 points in the final– named best player of the World Cup, offer themselves the second planetary crown in their history, after the title of 2006. After knocking Australia down in the last quarter of the small final (67-59), the France team completes the podium of a World Cup full of surprises. 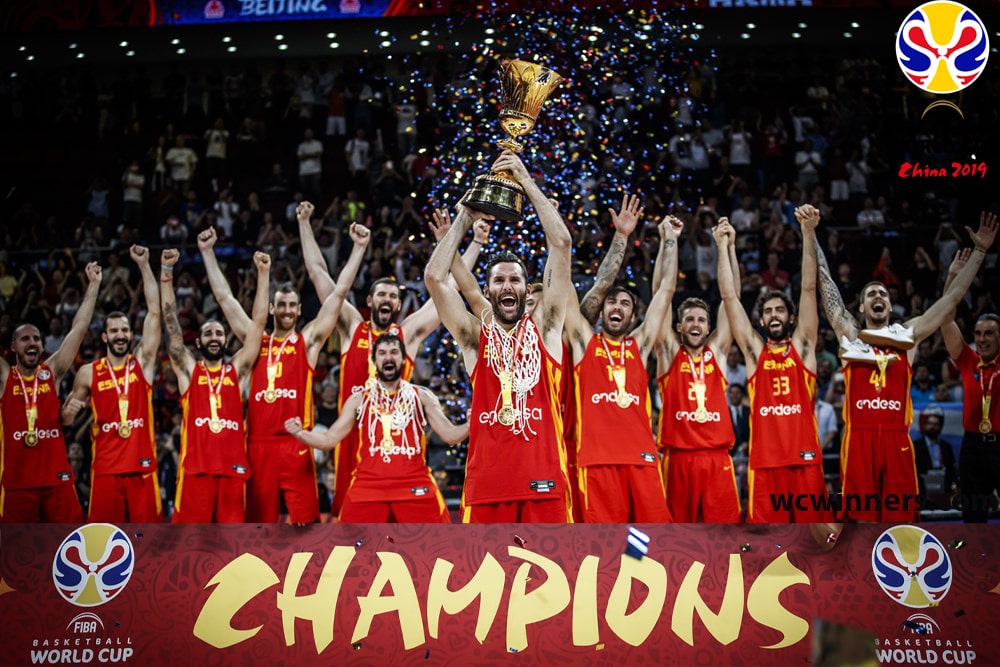 Thirteen years after its first world title in Japan, Spain confirmed on Sunday that it likes to play in Asia. In the absence of its historic leader, Pau Gasol, injured, La Roja relied on his brother, pivot Marc Gasol, and point guard Ricky Rubio to sign a smooth campaign. Passed by the of the needle in the semi-final against Australia (victory after two extra times, while the Boomers had led the whole meeting), Sergio Scariolo’s men did not make any detail to crush an Argentina unable to repeat in the final performance of the two previous rounds – against Serbia and France.

Like its women’s team, which won the Euro earlier this summer, the Spanish men’s basketball team is on top of the world after winning an open competition. And this victory, the country’s first without any member of its golden generation, the “Juniores de Oro”, crowned world junior champions in 1999, marks the continuation of Iberian excellence. “We weren’t the biggest team or the most talented, but we played the most as a team and with the most heart,” said Ricky Rubio, aware that he “made history.

The Spaniards have won the last two World Cups held in Asia (the 1978 World Cup in the Philippines was won by Yugoslavia). A good omen for the Roja, knowing that the Olympic Games, next year, are held in Tokyo.

In a World Cup where the truth of one day was not the truth of the next, the French team leaves China having fulfilled its objective: to qualify for the Olympic Games. Of course, like Evan Fournier, inconsolable on the podium and pretending to reject his bronze medal, the bitterness dominates, so much the Bleus fell from high against Argentina in the semi-finals.

But five years after its first world medal – in bronze, already -, the French team consolidates its place among the nations that count on the basketball planet. And if its potential was not in doubt, it arrived in China without reference points, having to reinvent itself after the international retirement of the Parker generation.

It is a promise for the future of this new group, in full construction”, greeted the French coach, Vincent Collet, insisting on the need to create a hard core around which to build. “Experience is an essential factor in these competitions.” And the “non-match” of his men in the semifinals is a lesson to be learned. “We swore that this would never happen again, and especially not next year if we were lucky enough to be in the quarterfinals in Tokyo.

They dreamed of returning from China covered in gold, but Les Bleus will have to be satisfied with bronze. And some new certainties, as well as the memory of having been the team that prevented the United States from claiming an unprecedented world triple.

The “United States” of America

“We wrote down the names, and we will remember those who thought they were coming to war with us but didn’t come.” The formula is unmistakable. Enunciated by Jerry Colangelo, the architect of the U.S. election, it is addressed to the NBA stars who saw fit to cancel at the last moment their participation in the World Cup. After a transfer market that redesigned the great North American League at the beginning of July, many stars preferred to spend the summer preparing for the season rather than coming under the colors.

If some – like LeBron James or Stephen Curry – had apologized well in advance, others had assured their presence, before ducking out, making the month of July look like a cascade of forfeits: 32 in all.

Les Bleus, in the quarter-finals, and then the Serbs, in the classification match, were responsible for reminding the United States that if they are the country where basketball was born, this sport is now global, and the gap between nations is narrowing.

If they have not, like some of their predecessors, approached the competition over the leg, the men of Gregg Popovich were forced to give up for the first time since the 2006 World Cup. Two years later, a “Redeem team” composed of the biggest stars of the NBA came to restore the American flag at the Olympic Games. Bis next year in Tokyo?

The question of “windows” in abeyance

The World Cup in China went well, except for the long travels due to the vastness of the country. But the question of qualification for the World Cup has not been settled. Due to a struggle for influence between FIBA (International Basketball Federation) and the Euroleague, the new qualification system – the windows – set up for this competition took place without the best players in the world (playing in the NBA and the Euroleague).

At the end of the competition, the various players said they were ready to “sit down around a table” to try to iron out the differences. But the road is long before reaching a system that satisfies everyone, as the orange ball is disputed between its various structures.

Eleven years after having offered one of the most beautiful international meetings of history, the Olympic final of the Beijing Olympics between the United States and Spain, China sees the caravan of the world basketball leaving it’s lands. And if the enthusiasm of the local public has not wavered throughout the competition, the country has seen its national team completely miss the appointment, failing to pass the first round, and missing the Olympic qualification.