Who won the 2010 Basketball World Cup?

Who was the runner-up in the 2010 Basketball World Cup?

Who was third place in the 2010 Basketball World Cup?

Who finished fourth in the 2010 Basketball World Cup?

Where was the 2010 basketball championship held?

Having defeated the USA 81-64 in the final, Turkey came second and took the podium for the first time in its history. 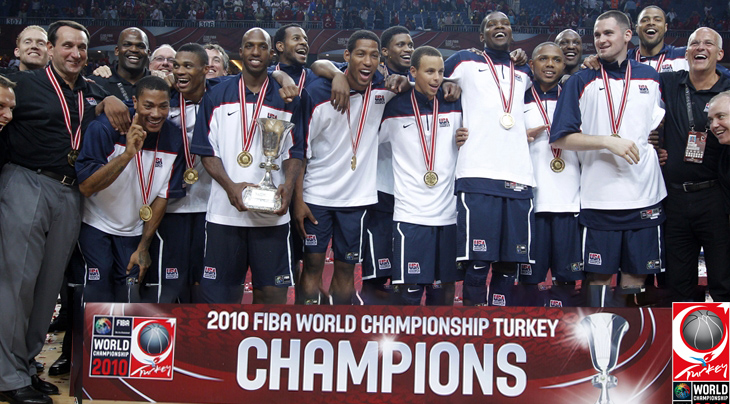 Where was the 2010 Basketball World Cup final held?

The 2010 FIBA World Championship was held in Turkey from August 28 to September 12. The championship was jointly organized by FIBA, the Turkish Basketball Federation, and the 2010 Organizing Committee.

For the third time starting around 1986, 24 nations will partake in the competition.

The group matches were played in Istanbul, Ankara, Izmir, and Kayseri, the final stage was played at the Istanbul Sinan Erdem Sports Hall.

And the champion was the United States, which defeated Turkey 64-81 in the final.

The home selection for the 2010 FIBA World Championships was held on December 5, 2004, at FIBA headquarters in Kuala Lumpur, Malaysia. Turkey, France, and Bosnia-Herzegovina-Croatia, Serbia-Montenegro-Slovenia joint organization was nominated for the championship, Australia and New Zealand joint organization, Italy, Russia, and Puerto Rico withdrew their nominations. After the first round of voting that resulted in the superiority of France, Turkey was entitled to organize the championship, beating France by one vote in the second round of voting.

At the 2010 FIBA World Basketball Championship held in Turkey between August 28 and September 12, 12 giant men won the silver medal and achieved a very important success in terms of the country’s basketball history. The final match of the championship, which was hosted by Ankara, İzmir, Kayseri and Istanbul, was played at the Sinan Erdem Sports Hall in Istanbul. There were many memorable events in the world championship, which was the scene of great excitement and followed with curiosity by all of Turkey. It is not difficult to guess that the Serbia-Turkey match in the semi-finals is especially in people’s memories. So let’s look for answers to questions such as “What is left in mind from this championship, what was the 2010 Turkey squad, and which team and players came to the fore in the tournament?”

12 Giant Men’s Road to the Final

Competing in Group C in Ankara, the 12 giant men defeated Ivory Coast, Russia, Greece, Puerto Rico and China in the group matches. Turkey, who completed this stage as the undefeated leader, was paired with France, who finished fourth in Group D, in the last 16 rounds and defeated their opponent 95-77 in the match played in Istanbul. In the quarterfinals of the championship, where all the qualifying matches were played in Istanbul after the group matches, Turkey was paired with Slovenia in the quarterfinals and won the match 95-68 and became the opponent of Serbia, one of the strong countries in European basketball, in the semifinals. 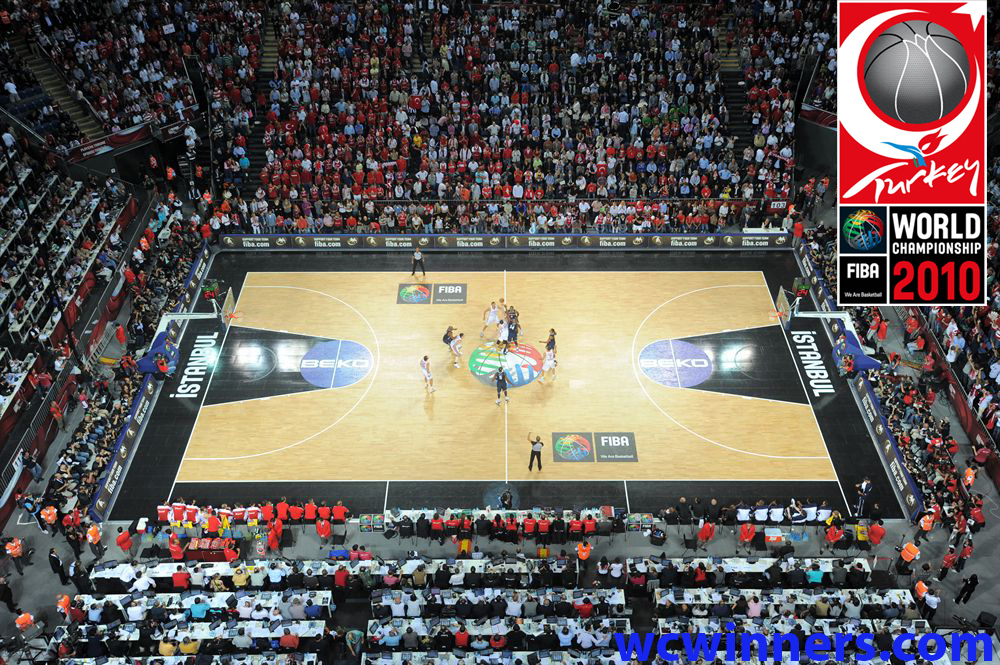 In the terrific match between Turkey, which was undefeated in the semi-finals, and Serbia, which was undefeated except for the only defeat against Germany in Group A, the smiling side was Turkey with the score of 83-82 as a result of Kerem Tunçeri’s turnstile in the last attack. At first, everyone thought that the time was over after Kerem Tunçeri’s basket and started to celebrate the victory, but as the referees corrected the match time, there were 0.5 seconds left to attack Serbia. Serbia’s Novica Velickovic, who managed to attack in this limited time, typed the ball, but Semih Erden’s block brought the final to Turkey. The top scorer of the match in the 12 giant man squad was Hidayet Türkoğlu, who scored 16 points.

In the battle of the two teams that came to the final undefeated, Kevin Durant played great and contributed significantly to the gold medal win for the United States. Kevin Durant, who scored 28 points in the United States as he won the game 64-81, was named the most valuable player of the 2010 world championship. After the 2001 FIBA EuroBasket, Turkey lost the final match in another championship played at home and the 2010 Turkey Squad finished the FIBA World Championship with a silver medal.

Serbia finished in fourth place, with the United States winning gold, Turkey winning silver and Lithuania winning bronze. In the championship where 24 teams participated, Tunisia took the last place. The top scorer at the world championship, where Kevin Durant won the Most Valuable Player award, was Argentina’s under-the-basket player Luis Scola, who scored 27.1 points per game.

Hidayet Turkoglu in the Top Five!

Turkey’s Hidayet Türkoğlu was also selected for the best five, including Kevin Durant, the most valuable player of the championship, and Luis Scola, the top scorer. In addition to those three players, bronze medalist Linas Kleiza of Lithuania and Serbia’s playmaker Milos Teodosic were also in the top five.

We examined the memorable events of the 2010 FIBA World Championship, the players in the 2010 Turkey squad and the outstanding teams. While we have just remembered the details about the championship, it might be a great idea to examine Sneaks Cloud’s basketball products in different categories.