In 2023, France will host the second World Cup in its history, 16 years after the first. An opportunity to remember some of the highlights of the 2007 edition. 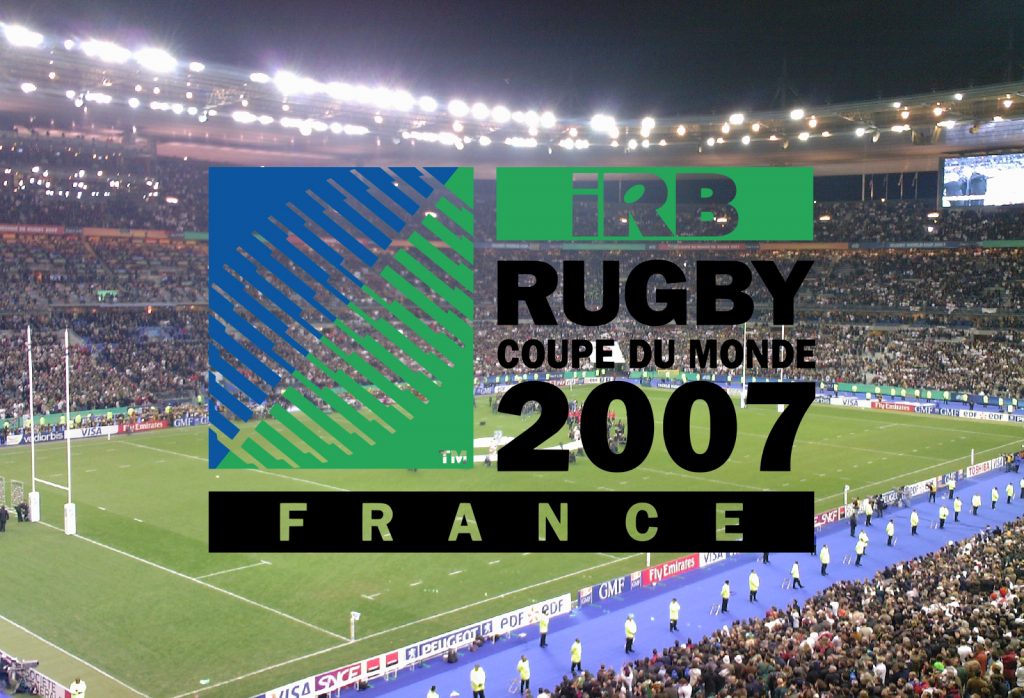 In France, but not only

Of the 48 matches played between September 7 and October 20, four will be relocated to Wales – including France’s quarter-final – and two to Scotland. The cities of Paris, Saint-Denis, Marseille, Bordeaux, Lens, Lyon, Nantes, Toulouse, Saint-Étienne, and Montpellier share the other 42 matches, with the Stade de France hosting the two semi-finals (England-France and South Africa-Argentina) and final South Africa between England.

If France sees its course end prematurely in the last square, “its” World Cup is a popular success. Television is breaking audience records and the stadium occupancy rate is reaching 91%, against 85% initially planned. The organizing committee announced in the wake of the tournament that it had recorded a profit of around €24 million, for a budget of more than €230 million.

Seventy-two years after playing against its Spanish neighbor in its first official match, Portugal snatches in Uruguay (12-7, 12-18) its qualification for the first World Cup final in its history. Slapped by Scotland (56-10) for their entry into the competition, Os Lobos (“The Wolves”) sank against New Zealand (108-13) a few days later. They will still get a defensive bonus point against Romania (10-14).

The feat of France against All Blacks

It was in Cardiff, in the quarter-finals of “his” World Cup, that France scored one of the greatest performances in its history (20-18) against New Zealand, the most prolific team in the tournament (48 tries, 327 points) despite its premature elimination. Seven years after their last victory against the All Blacks, the Blues imposed on the favorites of the competition an iron defense and took the advantage for the first time of the match in the 69th minute, on a try by Yannick Jauzion transformed by Jean-Baptiste Elissalde. From this evening, we will also remember their memorable response to the traditional haka before kick-off.

Habana goes down in history

After opening his tournament with a festival against Samoa (four tries), Brian Habana equals in the semi-final against Argentina the record of tries scored in a single edition (8), held since 1999 by Jonah Lomu. Crowned best player of the year in the aftermath, the Springboks winger shares today with the New Zealand superstar the record for the most essay score in the World Cup (15) More info.

A second trophy for the Springboks

Battered by Fiji in the quarter-finals, South Africa took the lead in the last 20 minutes (37-20) and then eliminated Argentina (37-13) in the last square. In the final, the Springboks beat England (15-6), the defending champions, in a final without a try. With a Habana at the top (see above) and the best director of the tournament (Montgomery), they lifted their second World Cup after that of 1995.

The failure of the Blues, swept in front of their audience by Argentina (34-10) in the match for third place, coincides with the end of the adventure on the bench of Bernard Laporte, appointed coach in 1999. The pre-match is also the scene of an episode that has remained in history. The coach decided to have Guy Môquet’s letter, addressed by this young resistance fighter shot by the Germans in 1941, read to his parents. An initiative that was at the time in line with Nicolas Sarkozy, then President of the Republic and who would appoint Laporte to the government shortly after the World Cup. The President had requested at the time that this letter be read in all French high schools. An approach that had totally deconcentrated the players.

Record holder of selections in the France team (118, including 42 captaincies), the second line Fabien Pelous puts an end to his international career, followed by Christophe Dominici, Raphaël Ibanez, and Serge Betsen. A page is turning.

The XV is trailed by England | Rugby World Cup 2007

For the first Rugby World Cup in France, our XV had absolutely everything prepared. They won 3 of the 4 VI Nations tournaments between the 2 events of 2003 and 2007. However, the World Cup on their soil will obviously not go as planned. They will even achieve the feat of achieving their only feat… in Cardiff.

An almost perfect start to the tournament.

The preparation for the competition was optimal. After their victory in the VI Nations, France beat England twice and Wales in preparation. Nothing can stop them. Nothing, except Bernard Laporte. Under the impulse of Nicolas Sarkozy, Bernard Laporte read to the whole team the letter of Guy Moquet a few hours before their first match against Argentina. The result, was an emotional tension for the XV of France which loses for the first time of its history in the group phase of the World Cup. At home. In the opening match. At the Stade de France.

Yes, it is indeed the reading of this letter that will be questioned: It would have created an emotional overflow. After this great start, France fell back in its ways by winning its 3 other games. The result, a qualification in the quarter, but this defeat made a mess up all the plans. France will not play its quarterfinal at home but in Cardiff. And facing them, New Zealand and not Scotland.

But France has this capacity to be the favorite but to transcend with its back to the wall. And it is impossible for them to be eliminated outside their territory, a question of honor. So the French will make the second half of space to win against the New Zealand super favorites, with Thierry Dusautoir in destroyer mode. Well, by the way, there will be a huge en-Avant not whistled from Traille to Michalak. But strangely, the French are more indulgent towards Wayne Barnes than Craig Joubert. And then, as Thierry Lacroix says so well, “We didn’t see”.

After the storm, the calm.

And so arrives this October 13, 2007. France arrives by the force of things in the hope. Back on its ground of the Stade de France to face the English, with a posture of favorites. Indeed, at home, against English who have certainly beaten Australia, but have suffered a humiliation against South Africa in the group stage (0-36).

The Stade de France is overexcited at the beginning of the game. Overflown for about 79 seconds. The time to eat an air conditioning express. Andy Gomarsall plays with his foot to gain ground. Damien Traille is there to… watch the ball bounce. Once, twice. Not three. Josh Lewsey comes in like a Eurostar, takes the oval, and goes to demolish Traille to literally flatten him. A grand entrance.

If behind, the French pass again in front thanks to Beauxis, the match will be boring and boring. It is thus logical that Wilkinson will take care to eliminate us with his foot, and mainly a drop at the 78th. France, as in 1999, makes us the classic great exploit followed by a great disappointment.

The cherry on the cake, we will be demolished once again by the Pumas 10-34 during the match for the 3rd place. The Laporte era will end with this double disappointment. France will leave its own World Cup empty-handed, or rather scrambled. To succeed in eliminating New Zealand and to finish disappointed, a specialty from our country. The English will go down once again against South Africa. This time, they took care not to be humiliated. The phlegm of the English.